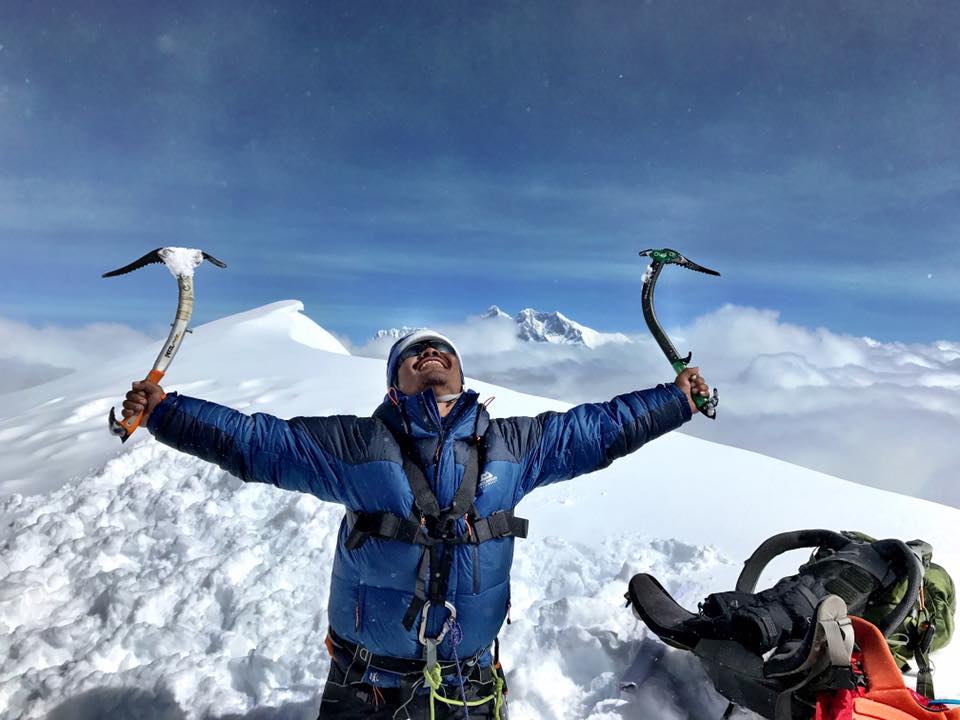 Hari Budha Magar made a History!!!

Hari had to pay the majority of the expedition cost himself, ‘Remortgaging his Property’ because ‘People didn’t have any faith in him that he would able to climb Mera Peak.’ Hari didn’t have any corporate sponsors and donations or enough public funding to support this feat of human endeavour.

Hari says, ‘Life is all about adaptation.” Now, Hari has proved that “Nothing is Impossible!”

Hari was injured in Afghanistan losing both his legs in an IED blast.  To support Hari and follow his progress head over to Conquering Dreams Facebook page.