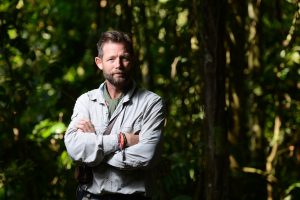 Johnny is a former Army officer with the Brigade of Gurkhas. He has served in Germany, Falklands, Brunei, Nigeria, Nepal, and operationally in Bosnia, East Timor, Iraq.

Grew up on a farm in Northamptonshire. Went to Stamford School In Lincolnshire. Played rugby for England at Under 19, and for Northampton 1st XV. Represented the Army and Combined Services at Rugby over 5 years.

Company Commander at Sandhurst, and was the Chief Instructor for Prince William’s Junior Term at Sandhurst. 2005-2006.

Captains the British Elephant Polo team at the annual World Championships in Nepal since 2011.