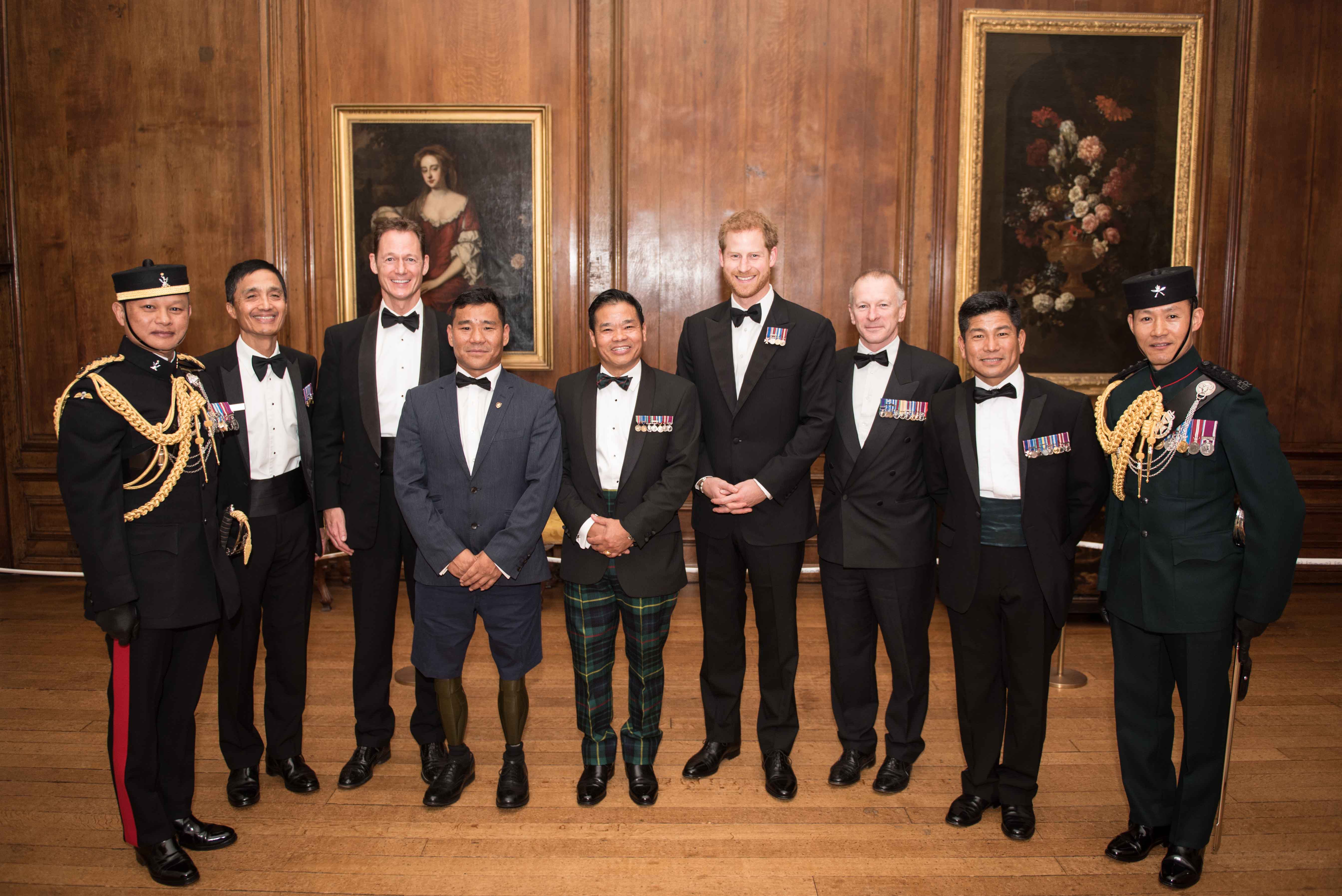 A Remembrance Dinner hosted by His Royal Highness Prince Henry of Wales took place last night (15 November) to celebrate the vital work of The Gurkha Welfare Trust (GWT), a charity close to his heart.

Prince Harry hosted the celebration of the charity’s work at the State Apartments in Kensington Palace.

Prince Harry has a special interest in the charity having served with the 1st Battalion The Royal Gurkha Rifles during his tour of Afghanistan in 2007-2008, where he memorably commented:

“When you know you are with the Gurkhas, I think there’s no safer place to be, really.”

This website uses cookies to improve your experience while you navigate through the website. Out of these, the cookies that are categorized as necessary are stored on your browser as they are essential for the working of basic functionalities of the website. We also use third-party cookies that help us analyze and understand how you use this website. These cookies will be stored in your browser only with your consent. You also have the option to opt-out of these cookies. But opting out of some of these cookies may affect your browsing experience.
Necessary Always Enabled

Any cookies that may not be particularly necessary for the website to function and is used specifically to collect user personal data via analytics, ads, other embedded contents are termed as non-necessary cookies. It is mandatory to procure user consent prior to running these cookies on your website.